Working Smarter in a New Normal :
Policy Work in 2022 and Beyond

A pandemic. Zoom meetings. Slack collaboration. Zoom legislative hearings. Fast moving, critical legislation. The world has changed over the past year, impacting every aspect of your work.

Join us for a webinar discussion about how policy work has been transformed , and how you can use that to win policy battles in 2022 and beyond.

This event is hosted by Civic Eagle’s Wintana Melekin with special guests Orlando Jones Jr. of the Center for Secure and Modern Elections, and Anna Johnson of Fresh Energy.

Learn how working smarter, collaborating, and leveraging digital tools have leveled the playing field and given smaller organizations the ability to scale quickly, grow coalitions, and win legislative victories.

Orlando Jones Jr.
Orlando G. Jones, Jr., is a skilled government relations professional with close to two decades of experience in various advocacy arenas. He is a former children’s health state lobbyist, U.S. Congressional staffer for three members of congress and two congressional committees, and has held positions on successive presidential campaigns as a GOTV campus organizer and a regional office manager. Orlando loves the process of developing and executing policy strategies while navigating the nuances of complex under the dome political dynamics. Orlando is currently with the Center for Secure and Modern Elections (CSME) Government Relations department as a Senior Associate. CSME is dedicated to advancing pro-voter policies at the state level that modernize the voting process and ensure that every American, whether they are Democrat, Republican, or Independent, can have their voice heard at the ballot box. Orlando graduated from Howard University in 2006 with a BA in History and Philosophy and in 2009 a JD from NIU College of Law.

Anna Johnson
As Senior Associate, Public Affairs, Anna Johnson works on the team that leads Fresh Energy’s government affairs work at the state, local, and federal levels. This includes lobbying at the Minnesota Capitol, where she helps to advocate for and track the organization’s policy priorities. Before joining Fresh Energy, Anna co-founded an environmental education nonprofit, worked at the Minnesota House of Representatives, was a Research Assistant with the Minnesota Prison Doula Project, and interned at the White House Council on Environmental Quality. She earned a Master of Public Policy from the Humphrey School of Public Affairs and a Bachelor of Arts from Colorado College. Anna is also an outdoor enthusiast—she canoed the full length of the Mississippi River in 2013 and paddled from Chicago to St. Louis on the Illinois River in 2014.

Wintana Melekin
Wintana Melekin is a customer solutions manager at a Civic Eagle. She became invested in justice based policy after attending a protest for Trayvon Martin in 2012 that she helped organize. Melekin is a believer of a representative democracy where everyone’s voice is heard no matter their race, religion or sexual orientation. Wintana centers her life around the creation of joy and fighting for justice. She see’s her skills as an organizer and entrepreneur as tools for improving the conditions of her community and others. 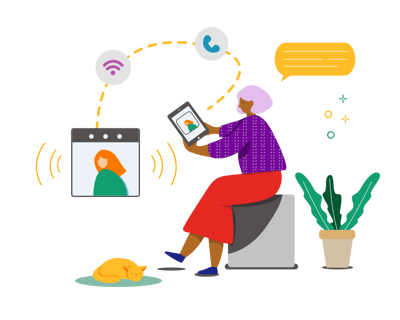